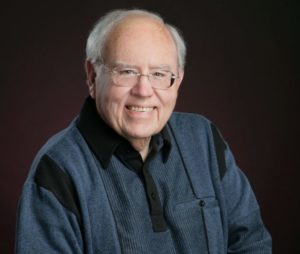 WELCOME . . .
I work for you and want to serve you well. Please call, write or e-mail me with positive suggestions and personal concerns. Call me at 425-750-0704 or e-mail me at lsimmonds@ci.lynnwood.wa.us

COMMUNITY CONNECTIONS
Loren and his family have been homeowners and residents of Lynnwood for 31 years.
His two grown children attended public schools in our community and both graduated from Meadowdale High School. Today he is the proud “Papa Loren” of five grandchildren.

PROFESSIONAL CAREER
His professional career in the field of Resource Development has spanned four decades.
During that time, he has served as an advisor to nearly 300 worthy non-profit organizations in the areas of fundraising, community relations, executive search, board training and strategic planning. Over the years, he has owned and operated his own firm as well as doing sub — contract work with several national companies across the United States.

POLITICAL EXPERIENCE
Loren was elected to the City Council in 1999. He is currently serving in his 4th consecutive term on the Council. His colleagues elected him Council President from 2005-2008 and again in 2012 and 2013.

In addition to his responsibilities as Council President, he serves as president of the Lynnwood Transportation Benefit District; Council liaison to the Finance Committee, Disability Board, Lynnwood Public Facilities District, and a representative to the Regional Fire Authority Planning Committee.

Loren also serves as a Board Member on the Lynnwood Parks & Recreation Foundation; serves as a judge for the middle-school American Ideals Oratory Contest and conducts leadership classes for the C-Us Lead Middle –School Students. He speaks at churches, clubs and service organizations as well.
He believes that volunteerism sows the seeds of community.

POLITICAL HIGHLIGHTS
Loren has distinguished himself by providing key leadership on several issues that have helped define the future of Lynnwood. He served as the Co-Chair for the Lynnwood City Center Project and Lead Person for Lynnwood’s annexation into the Sno-Isle Library District. He was a founder of the Lynnwood Parks & Recreation Foundation. He initiated and sponsored Lynnwood University and was at the forefront of creating the Offices of Economic Development and Community Affairs.